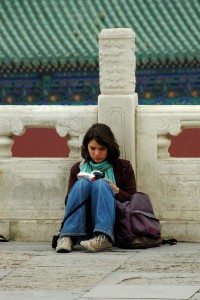 UK Home secretary Theresa May has announced plans to make UK universities responsible for ensuring their overseas students do not remain in the country after graduating.

The procedure would involve using exit data collected at UK airports and other departure points to hold universities to account for their own graduates. Universities would be ranked based on the number of “overstayers” among their graduates. Those with high numbers could have their right to recruit students outside of the European Union revoked.

The enforcement mechanisms against universities would not be available until conclusive data is released next year. The Home Office has been collecting the exit information since April.

Although no official confirmation of the policy has emerged, the plans formed part of the Conservative Party manifesto from the last general election.

Earlier this month, in her speech at the Conservative Party conference, the Home Secretary claimed there were “too many” overseas students who were “not returning home as soon as their visas run out”.

“I don’t care what the university lobbyists say. The rules must be enforced. Students, yes; overstayers, no”, she added.

Writing for The Sunday Times, May said “the gap between the number of non-EU students coming to this country and departing each year is 96,000”.

The Home Secretary’s statement has been the subject of a stream of criticism.

Lord Willets of Havant, the former universities and science minister, referred to May’s statement as “a widely disputed and doubted figure” and “not a solid basis for policy”.

Dominic Scott, chief executive of the UK Council for International Student Affairs (UKCISA) expressed disbelief at the figure, saying it was “madness and bonkers”.

“[It is data] which every sane person, every statistician, says is totally unreliable”, he told the Times Higher Education. He rejected the idea that students who paid £10,000 to study at prestigious universities went on to “disappear into the black economy”.

Alan Mackay, Director of the International Support Office at the University of Edinburgh, also conveyed his doubts.

“The evidence isn’t there yet, and it will be some time before official government data in which it will be statistically reliable emerges, so there will be a time lag before that comes through”, he said.

“[The data] needs to be challenged. It is used in the media and a large number of students overstaying their visa is a criminal offence. It is portrayed as many students going into the black economy, and it’s just not true”, he added.

When asked how universities can ensure overseas students leave the country upon graduation, Mackay replied: “We have no contract with students. [Once they have graduated] they are no longer a university student with us, so what would our role be in terms of ensuring they depart after their studies? This question remains unanswered.”

Mackay expressed support for graduates remaining in the country.

“We should continue to attract the best talent, develop the world’s best talent and retain that talent rather than lose it overseas”, he claimed.

“It is a global race for talent. Many countries are growing and there are many more opportunities. Students have more information than ever before to compare and contrast and if an offer here doesn’t look as attractive as another country, they can go somewhere else.”

Mackay said that although graduate work opportunities exist for overseas students, they are “quite limited” and “restrictive” and they “need to be more flexible”.

“These opportunities bring immeasurable benefit extending far beyond our university and enriching our society, culture, and economy.” Mackay said.

He added: “In June this year the Principal and I joined over 100 signatories across industry and academia in Scotland seeking the reintroduction of a post study work visa and we continue to seek this actively.

“We need to make it more of a possibility for a greater number of students.”

“Overseas graduates have spent a considerable amount of time in the country by the time they graduate…they have built a community, forged relationships and made an economic investment by living and studying in the UK…ultimately they should have a choice to stay or go after living and investing in the country”, she said.

“Currently there are few options for international students to stay in the country without sponsorship from an employer, proof of income and other tough criteria.”

He said: “International students have every right to remain in the UK following graduation providing they have secured work for themselves. Not only is this fair for the thousands of British graduates who will also be looking for work, but it is right for the international students to know that they have some degree of financial security whilst living here.”

He also cited recent comments from Business Secretary, Sajid Javid, who said that studying in the UK should not mean an automatic right to settle here.

“In a competitive market, we have to ensure that work positions are filled with the best graduates and, of course, they can come from all over the world”, Wrench said.

“We do, however, have to ensure that the number of students which we allow to stay, or return to the UK later in life, is sustainable and does not exert greater pressure on our already overstretched public infrastructure. With the number of international students coming to the UK expected to rise six per cent year-on-year up to 2020, the current post-study system is just not maintainable.”