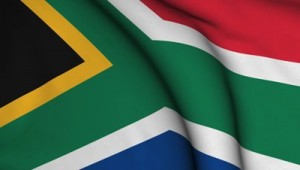 South Africa will make its new visa rules easier for visitors with children and those from India, China and Russia, after tourism numbers dropped this year.

Industry leaders have said the new rules are costing around USD 540 million a year in lost revenue by making it more complicated for foreigners, drawn by natural attractions such as the Kruger National Park, Table Mountain and the Sterkfontein Caves, to visit.

South Africa’s cabinet accepted recommendations from a committee appointed by President Jacob Zuma in August to look at the rules’ impact, the Department of Home Affairs said in a statement.

A rule requiring a parent to carry a child’s unabridged birth certificate when visiting South Africa will be relaxed to allow the original or a certified copy to be shown just at the visa application stage, the department said.

Tourism Minister Derek Hanekom said in July the rules had to be relaxed after a “worrying drop” in visitor numbers.

Visitor numbers from China dropped sharply because prospective visitors had to appear at the South African embassy or consulate in person.

The department promised to “ease the process of application, in particular for tourists,” from countries like China, India and Russia.

These could include a long-term multiple entry visa for over three months and up to 3 years for frequent travellers, the department said.

South Africa is considering a visa-waiver for India, China, Russia and other countries and visas on arrival for visitors who have valid visas for Britain, the United States, Canada or other countries that apply stringent checks.