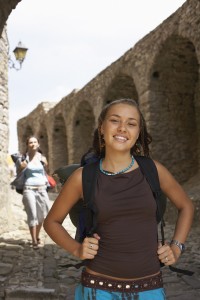 Younger travellers are unlikely to change their plans to head overseas as a result of the fall in the Australian dollar because of their burning desire to travel, Contiki chief executive Casper Urhammer​ says.

“Young people want to travel and they are quite resilient no matter what happens in the world: economic climates, political situations. They want to go see the world. They have saved for a couple of years. If the price is up a couple of per cent, they will save a bit more.”

A survey by the Tourism & Transport Forum last week found 5% of Australian travellers had switched to a domestic destination as a result of the dollar’s fall and 15% were likely to do so in the future.

However, that was a poll of the broader travel market rather than the youth market.

Contiki only takes customers aged between 18 and 35 on trips.

Contiki has raised the 2016 tour prices by 10% to 15% in Australian dollar terms from the 2015 prices because of the currency’s fall. Those prices will be honoured for the full year, regardless of further dollar fluctuations, in part because Contiki’s owner, The Travel Corporation, hedges its currency exposure to lock in rates.

Mr Urhammer said there was high demand for the tours, even the ones in the more expensive range.

Contiki last year launched its first tour in Japan and it was sold out. That tour is priced at AUD 355 a day, which is more than double the per day price of AUD 148 for one of its more traditional European tours aimed at high-energy, hard-partying travellers.

“We try to listen to our customers and do as much research as we possibly can and get feedback on what are the market trends and the hotspot destinations so it is relevant to our demographics,” Mr Urhammer said. “The Balkans is an absolutely hot destination right now; Game of Thrones is filmed in Croatia. Everyone wants to go to Dubrovnik where a lot of it is shot.”

Contiki has switched to using social media and content-driven marketing to appeal to Millennials because they are digital natives.

Mr Urhammer said YouTube was playing an important role in attracting travellers to the brand.

To help better connect with that generation, Contiki is also offering “me time” on tours to allow travellers to break away from the group.

“For example we have a program on Monday of things we would like them to do but then on a Tuesday, they can go into the city, have dinner on their own and we’ll see them in the morning. We don’t want to dictate what they do. So we built that into the trips.”

However, he added, most tour members didn’t take advantage of the “me time” because they had made so many new friends and wanted to remain with the group.