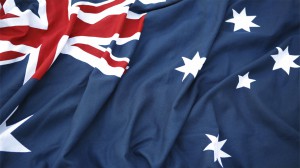 Over the last decade, the resources sector has contributed a great deal to Australia’s economic growth. Though the mining boom has slowed down considerably, casting a gloom over the country’s economy, experts are of the opinion that the tourism sector is all set to take the place of the resources sector. This means that the decline of the mining sector may not impact the economic growth as has been predicted.

According to data released by Tourism Australia, AUD 32.5 billion, a new record, was spent by visitors to Australia during the 12-month period up to March 2015, recording an increase of AUD 2.9 billion from last year. On year-over-year basis, the number of visitors increased 8% to 6.5 million and the nights spent rose 7% to 231 million.

Australians may be worried about the stock market fluctuations in China and its impact on the nation’s economy, but droves of Chinese tourists are visiting Australia contributing to the tourism sector’s growth. Currently, Australia’s largest inbound market is China with their contribution to the money spent by foreign visitors increasing to AUD 6.4 billion in 2015 from AUD 1.5 billion in 2006, a 20% increase in nearly 10 years.

The economic growth that China has witnessed over the last decade has created a middle class segment that has the capability to spare money for overseas travel. Investment in key sporting events and opening of new direct airline routes between the countries have also resulted in more Chinese traveling to Australia. Celebration of Chinese New Year and hosting of international sporting events like ICC Cricket World Cup and AFC Asian Cup in 2015 also attracted Chinese travelers in large numbers.

The influx of domestic and international visitors was beneficial to hotels. Occupancy in Melbourne hotels jumped as much as 20%. Room shortage was also experienced during weekends across the host destinations.

ICC Cricket World Cup was instrumental in attracting a record number of Indian visitors as well. As many as 23,400 Indians visited Australia, an increase of 78% from 2010. However, India came in second after China which recorded a 137% growth during the same period. The contribution from all other countries was 16%.

In fact, the phenomenal jump in visitors to Australia matches with Tourism Australia’s 2020 strategy to receive beneficial results from mass marketing across China and whole of Asia between 2012 and 2014. Tourism Australia’s strategy is to increase the contribution of tourism to GDP by 50% to about AUD 51 billion. The first of the six strategies of Tourism 2020 is to grow visitors from Asia.

Prior to giving the entire credit to Tourism 2020 for the bumper performance, it should be borne in mind that the fall in value of the Australian dollar has also extended a helping hand. Visitors from the US rose by 10% to 535,000. Correspondingly, their spending increased 14% to $2.9 billion. However, the number of UK visitors and spending remained steady at 631,000 and $3.5 billion, respectively.

For the month of May 2015, inbound tourism value increased 11% on year-on-year basis. For the year up to the same month, the total tourism income was AUD 17 billion, which beat the income of AUD 16.5 billion from coal, according to data revealed by Australian Bureau of Statistics. Currently, the spending on flights, restaurants, accommodation and experiences represents 2.5% of GDP. The contributions from coal and iron ore are 2.3% and 2.7%, respectively. Kieran Davies, chief economist, Barclays, said that if growth in tourism continues to be strong, it will soon become Australia’s largest export.