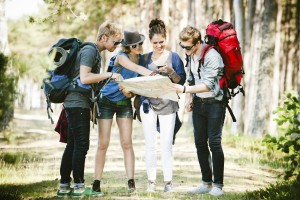 However, on a seasonally adjusted basis the number of guests at hotel, motels, backpackers and holiday parks fell 3.2% in June from the prior month, following a rise in May.

Christchurch is seeing a continued recovery in international visitation following a slump following the 2011 earthquakes. New accommodation is coming on stream to match that demand.

“Most of the rise for June was from international guest nights,” business indicators manager Neil Kelly said. “This increase was spread across both main islands.”

North Island guest nights were up 2.7%, the figures released on Wednesday showed.

Ten of the country’s 12 regional areas had more guest nights. Both Canterbury and Otago both showed strong growth according to graphs released by the agency.

The trend for national guest nights continued to rise in June. However, seasonally adjusted guest nights fell 3.2% in June, following a rise in May.

Nationally backpacker guest nights have been on the rise since 2012.

Christchurch lost a significant number of backpackers in the 2011 earthquakes, and new operations have been slow to return.

There is a new All Stars Inn planned for Bealey Ave, near the central city for November 1 with some backpacker space within 79 new rooms able to accommodate up to 300.