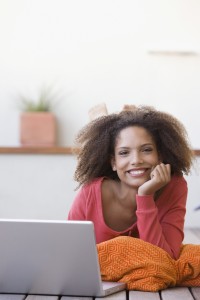 Australia’s international education sector is continuing to expand into 2015, albeit with signs of the growth moderating, according to the year-to-date (YTD) statistics for June released by the Department of Education and Training. A separate report, meanwhile, estimated that the value of education exports reached AUD 17.4 billion in 2014.

Both growth rates suggested a levelling off compared with the full-year data for 2014, when the commencement growth increase was 17.4 per cent while enrolments rose by 12.3 per cent.

In terms of individual sectors, the secondary schools sector registered the largest commencement growth at 18.4 per cent, an additional 992 students compared with the previous year, followed by the VET segment (11.9), higher education (5.7) and Elicos (4).

All of the top five source markets for enrolments increased in the first six months of this year, with China and India – the top two – growing by 12.3 per cent and 22.4 per cent respectively. However, growth in Vietnam, the third largest sender, slowed to 0.5 per cent and Korea reduced to 1.4 per cent.

The largest percentage increase in enrolments came from Italy and Taiwan, which both recorded 32.8 per cent growth.

In a separate research snapshot paper, the Department of Education and Training said that total education-related exports reached AUS$17.6 billion in 2014, an increase of 13.6 per cent compared with the previous year.

The data only includes international students on student visas in 2014, meaning the true value would be higher if all non-visa students in the English language sector were included. According to English Australia’s most recent full-year report, the value of the whole Elicos sector was AUD 2.075 billion in 2014.