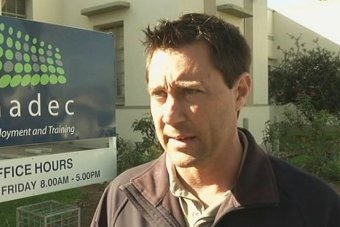 Changes to foreign backpacker tax rates have sparked concerns of a labour drought during regional harvests in South Australia.

Under new tax laws coming into effect next year, backpackers will lose a $18,000 tax-free threshold and pay 32 cents tax for every dollar they earn.

Scott Cameron (pictured) is the Riverland harvest officer for Madec, a labour organisation used by the Federal Government to connect job seekers with work on the national harvest trail.

Cameron said 80 per cent of their workforce came from people on working holiday visas, particularly in the horticulture industry. He said one contractor had jumped the gun and brought the changes in early.

“They weren’t aware that the changes weren’t coming in with immediate effect and he lost 15 workers straight away,” he Cameron said.

Some fruit pickers only earn $50 a day, and once they lose a third of that in tax, it is feared they will shun agricultural work. One Japanese backpacker told the ABC his friends were trying to go to Canada instead of Australia.

A Dutch backpacker said Asia was much cheaper, and if people were wanting to earn money on their travels, they would definitely look at other options. An Israeli backpacker said fellow travellers won’t like it, “but that’s how it is“.

International visitors wanting to extend their visa for a year have to do three months of agricultural labour. Contractors say exploitation and rorting are inevitable, particularly for smaller growers trying to survive.

“I really don’t know. I feel sorry for them actually,” he said.

But some Renmark residents said the changes could be positive for the local economy.

The Federal Government earlier this year said the Working Holiday Maker programme was all about cultural exchange and said any work undertaken by visa holders should be seen as incidental to their time in Australia.

The industry has called on the Federal Government to work with them to evaluate the impact of the changes.