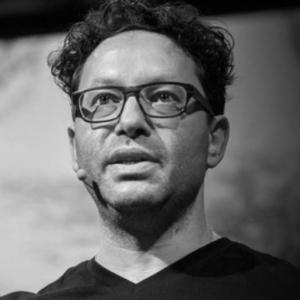 The World Youth Student and Educational (WYSE) Travel Confederation is pleased to announce Toby Shapshak as a keynote speaker for the 24th annual World Youth and Student Travel Conference – WYSTC 2015.

Shapshak is currently the editor and publisher of Stuff magazine and has been writing about innovation, telecom and the internet and its impact on our lives for over 15 years. His popular TED Talk on how Africa is a ‘mobile-only continent’ that has solved real problems and driven innovation for not only Africa, but the world, has had over 1.3 million views. At WYSTC, Shapshak will discuss technology and young people and their transformative powers.

Shapshak also co-hosts a live weekly TV show on CNBC Africa and writes a weekly column for the Financial Mail. He is also the publisher of a new Africa-focussed magazine, published in Africa by Africans, called Ogojiii.

One of his first assignments as a new journalist was to shadow Nelson Mandela for a period during his time as South Africa’s president, and has interviewed a variety of tech industry achievers including Apple co-founders Steve Jobs and Steve Wozniak.

With many achievements to his name, Toby Shapshak was called “the most high-profile technology journalist in South Africa” in GQ’s top 30 Men in Media and named ICT Journalist of the Year in 2002. He made the Mail & Guardian’s list of 300 Influential Young South Africans in 2009.

“Mobile technology is increasingly influential on how we live and travel. I am confident that delegates will find Toby’s intelligence, humour and fervent belief in African innovation to be thought-provoking, inspiring and the perfect jump-start to three days of productive business and professional networking at WYSTC. ”

The keynote session will take place as part of the event’s opening proceedings on Wednesday, 24 September at 09:30.

Have a look at the seminars, workshops and speaker line up at this years event