But Jay Johnson, president of Coastline Travel Advisors, a Virtuoso agency in Garden Grove, Calif., will tell you that recruiting young agents requires a concerted effort and forward-thinking management.

Johnson said it means coming to grips with the fact that because agents you hire and train could leave to start their own businesses, you might very well be training your future competition. 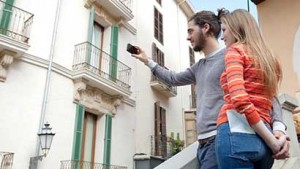 Still, companies that invest in recruiting young agents tend to keep them. The average age of agents at Coastline, which has made a significant investment in recruiting that demographic, is now 25.

Johnson and his staff spent months researching every two- and four-year college offering degrees in hospitality or tourism and posting job openings at those schools. As a result, he now has two Cornell University grads on his staff, one an MBA.

What’s more, he has partnered with a business founded by one of those graduates, Leah Smith, who started Tafari Travel. The company targets youthful DIY-ers who start planning exotic vacations online on her website but ultimately finish planning the trip by working with Smith or one of Coastline’s other agents.

Johnson fully expects Tafari to be bigger than Coastline in the next few years. He sees zero turnover among his millennials.

Bonnie Lee, who owns Travel Leaders Albertville in Minnesota with her husband, Walter, targeted younger recruits when the couple launched their host agency, Travel Quest, which was Travel Leaders’ 2013 associate of the year. The average age of its 475 independent contractors is 36.

Targeting the youth market was a no-brainer for Lee.

“We really did it very deliberately, knowing that young people are booking online,” she said. “We just wanted to change where we did the booking.” She targeted youthful travelers who were booking not only their own travel but their friends’ and family’s travel, as well.

Lee had a gut feeling that these youthful bookers instinctively realized that there must be some way to make money doing what they were doing for free.

Her daughter, Stephanie Lee, who has since begun the blog HostAgencyReviews.com, used the Web to attract millennials. She used social media, participated in online forums and offered a series of free webinars to attract potential travel entrepreneurs. Stephanie Lee said she left a trail of bread crumbs “everywhere” to attract younger agents.

Younger agents bring in younger clientele, she said, noting that many of Travel Leaders’ Albertville agents are booking destination weddings, honeymoons and family travel for their peers.

She said these agents tend to stay; 67% are still with the company two years after joining.

On the other hand, Johnson said, millennials are a hard group to understand.

“But I have found that when you hire millennials, you’re also apt to attract younger clients,” he said. “Millennials want to talk to millennials.”

He has also found that younger agents often are better versed than older agents in the types of travel that appeal to young clients. Adventure travel is one example, as is do-it-yourself travel, a model in which travelers start out on their own but ultimately collaborate with a travel agent on the details of a trip.

Tafari Travel exemplifies both of these trends. It gives DIY-ers a place where they can begin the initial planning of their trip and an easy way to connect and collaborate with a travel pro who knows the ins and outs of the exotic adventures they’re planning.

And it’s not just individual or boutique agencies that are targeting younger agencies.

Montrose Travel, No. 47 on the Travel Weekly Power List, said that 29% of the employees it hired in the last two years were under 30, and more than half of the independent contractors it hosts are under 50. Its younger agents attract younger clientele, according to Emily Peters, a 27-year-old who works in business development at Montrose.

Liberty, like Coastline, recruits through colleges and universities. Brennan said the company has seven campus-focused recruiters participating in open houses and career days. They also work with students to help them in the job search by conducting mock interviews and advising them in the creation of their resumes.

It also employs social media, posting jobs on Facebook and tweeting them.

Brennan said that today there’s a growing awareness of the potential that travel offers as a career.

“The message is beginning to resonate,” she said.

Some of that is due to efforts undertaken by a number of industry players. Liberty, for example, has established a high-profile flagship store on Manhattan’s Madison Avenue. It’s staffed by travel agents, but consumers can come in and browse for a dream vacation on iPads.

Other agency groups have created programs to attract new entrants. Virtuoso was one of the first retail travel groups to invest significant resources into this effort. It has a NextGen group working on strategies to attract young people, and Johnson is a member of that task force.

AAA Carolinas, which has a staff whose average age is 41, recruits heavily at colleges in North and South Carolina, including career fairs and internship programs. It also recruits heavily through social media and online.

Sarah Henshall, vice president of travel and branch operations for AAA Carolinas, said, “Many of them [young recruits] start in our domestic travel area, planning drive vacations for our members, but grow quickly into selling all types of travel.”

Henshall said that AAA Carolinas is seeing more young clients and members but not yet enough to call it a trend. She said the program sees little turnover.