Struggling with dyslexia while growing up in Sweden, Bertil Hult quit school after junior high and eventually went to work making coffee and running errands for a ship broker in London. Six months later, without ever stepping foot in a classroom, Hult could speak English. 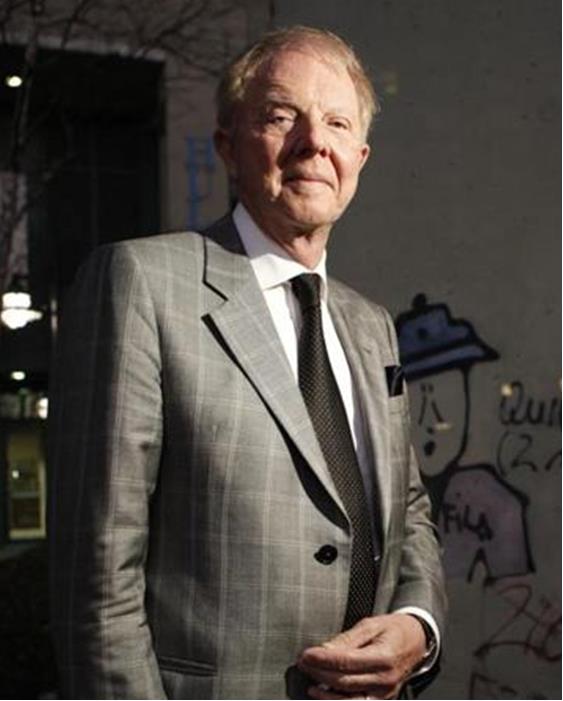 The time he spent in England showed Hult how everyday, real-world experiences could accelerate learning a language and understanding a culture — and planted the seeds for the company he would found when he dropped out of school for a second time as a 20-year-old college student. Nearly 50 years later, the company Hult started with just 5,000 Swedish kronor, or about $700, employs 34,000 people in 55 countries, organizing student trips and teaching English around the world.

Based in Switzerland, with its North American headquarters in Cambridge, EF Education First has ridden the waves of globalization and experientiallearning to become one of the world’s largest international education firms. EF says revenues and the number of students in its programs have each doubled over the past five years, but declined to disclose figures.

As a result, EF is doubling the size of its Cambridge campus, across from the Museum of Science. The company is constructing a 300,000-square-foot, $125 million building that will allow it to hire as many as 700 new workers, boosting its local workforce to around 1,500 employees. The expansion is expected to be completed next year.

English has proven to be the linchpin of the privately held company, with international businesses increasingly using it as a common language and the Internet spreading its vast English-language content. EF has 400 English language schools around the world, with the biggest demand in Asia and Latin America. It conducted English language training for volunteers and officials at the Beijing Olympics in 2008, and will do the same at the 2014 Winter Olympics in Russia.

‘It’s sort of the most basic form of free trade: the trade of ideas, the trade of culture and language.’ – Bertil Hult, founder, EF Education First

In addition, the company sends students and adults on group tours all over the world; coordinates au pair and study abroad programs; runs a handful of private high schools; and supports the Hult International Business School, graduating 2,000 students last year on campuses in Boston, San Francisco, London, Shanghai, and Dubai — more than any other business school in the world, according to EF, which is opening campuses in New York and Sao Paolo this year.

Hult, a humble, impeccably dressed 71-year-old billionaire with a reputation as a demanding boss, sees EF as more than a tour operator and language teacher. He sees it as a unifying force.

Hult still attends board meetings, but has handed over the reins to his three oldest sons, Philip, 42, Alex, 37, and Eddie, 34. Hult’s fourth son, Max, a film director in Stockholm, is not involved in the company.

Swedish students were already taking “language travel” trips when Hult started his business in 1965, but most of them studied French. Hult saw English as a more important language, and started selling his UK language-immersion trips to students around Europe. In 1972, a friend convinced him to open an office in Tokyo, right around the time the Japanese government started using computers with English-language keyboards. That meant users needed at least a basic understanding of the language, and EF was there to supply the service.

“All of a sudden, you’re in a country of a hundred-plus million people who desperately wanted to learn English,” said Hult’s son Alex.

Hult branched out from English instruction when he and his wife, Lisbeth, a former Pan Am flight attendant who fell in love with California during her travels, moved to Santa Barbara in 1983. As Hult quickly found out, â??Itâ??s pretty tough to sell English-language courses to Americans.â? So he started organizing overseas trips for American and Canadian high school students over summer vacation or spring break, turning tour buses into rolling classrooms as they traveled from London to Paris to Rome.

Five years later, wanting to be near the education hub of Boston, the Hults moved to Concord and established EF’s North American headquarters on Memorial Drive in Cambridge. At the time, headquarters consisted of Hult and two assistants.

Hult, meanwhile, built his company without ever taking money from outside investors, relying on an eye for savings and drive for efficiency. When the first groups of language students went to England, Alex Hult said, EF employed “underutilized resources,” such as teachers looking to make extra money over the summer and church halls that could be rented on the cheap to serve as classrooms. On tours, EF consolidates separate groups on the same bus and rebooks trips that don’t have enough participants.

Marie Raduazzo, a literature teacher at Matignon High School, a Catholic school in North Cambridge, has led about 20 EF trips over the years, many to Nazi concentration camps in Germany. EF develops the itinerary with input from Raduazzo. It then hires local tour guides, books flights, hotels, transportation, and meals, and handles any number of details all the way down to arranging gluten-free fare for students with dietary restrictions.

“I have no concerns when I travel with them,” said Raduazzo.

EF is known for having a work hard/play hard culture, where young employees put in long hours, then congregate at the on-site bar, Lingo, at the Cambridge office. It’s a high-pressure, high-turnover, “sink or swim” environment, Alex Hult acknowledged, but also a fun, creative one. On Halloween, Eddie Hult has been known to dress up as a zombie, roaming the halls walking-dead style.

Managers are encouraged to hire people they genuinely like and think will fit in; skills and work experience are secondary. This leads to a tight-knit team, willing to work harder to create a better product, EF executives said.

Alex recalled the advice his father gave him when he started out: “Never hire a man who you can’t see becoming your best friend, and never hire a woman that you couldn’t see yourself marrying.”

To further encourage interaction among employees, Hult asked the architects to design the Cambridge offices with central atriums to open up the building between floors.

“His idea was about not isolating people from floor to floor but actually really connecting everyone in the organization to each other,” said Martha Doyle, EF’s North American chief administrative officer who joined the company in 1989 as Hult’s assistant. “We’re not a place where people eat a sandwich alone at their desk.”

Many of Hult’s values are reflected in the company, said Doyle, including a clean-desk policy requiring everyone to organize their workspace before leaving for the night. Neatness is a Bertil Hult signature. “I have honestly never seen him look even moderately unkempt, even on a windy day,” Doyle said.

Hult, who now lives in Lucerne, Switzerland, has started devoting much of his time to philanthropy. He served as chairman of a Swiss organization dedicated to preventing drug abuse, runs a foundation to support dyslexia research in Sweden, and funds the $1 million Hult Prize, an annual contest held in partnership with the Clinton Global Initiative that challenges business school students across the globe to find solutions to social issues such as poverty or hunger.

“It gives me hope,” Hult said of the contest, looking out at the Zakim Bridge from EF’s 10th-floor conference room.

“It symbolizes what we do here,” Hult said. “Free trade and education, you have to have that for a prosperous society.”