In the first eight months of the year, international tourist arrivals grew by 5% to reach a record 747 million worldwide, some 38 million more than in the same period of 2012. 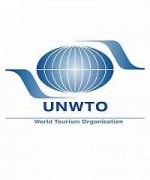 Demand for international tourism remained strong throughout the first eight months of 2013, according to the latest UNWTO World Tourism Barometer. Between January and August, the number of international tourists worldwide grew by 5%, driven by strong results in Europe, Asia and the Pacific and the Middle East.

UNWTO’s Panel of Experts confirms this positive trend. Its evaluation of the May-August period shows a significant improvement in confidence, while prospects for the last four months of 2013 remain upbeat.

After a solid start of the year, demand for international tourism maintained strength throughout the Northern Hemisphere peak season.

The months of June to August have shown sound results – in absolute numbers, international arrivals topped 125 million in both July and August, while in June the 100 million arrivals mark was exceeded for the first time.

“While global economic growth is in low gear, international tourism continues to produce above average results in most world regions, offering vital opportunities for employment and local economies,” said UNWTO Secretary-General, Taleb Rifai at the Opening of the European Tourism Forum in Vilnius. “This is particularly important for Europe, where unemployment is a major concern in many destinations and where the tourism sector has been a source of job growth in the last decade. Furthermore, through its value chain, tourism creates businesses and jobs in many other sectors and produces significant export revenues which contribute favorably to the balance of payments in many countries,” he added.

Europe (+5%) benefited the most from the growth of tourism in the first eight months of 2013, with an estimated 20 million more arrivals in the region. Given that Europe is the world’s largest tourism region with many mature destinations, a 5% growth rate is very positive. Central and Eastern Europe (+7%) and Southern and Mediterranean Europe (+6%) performed particularly well.

The Americas (+3%), which gained four million additional arrivals in the first eight months of the year, reported comparatively weaker results, with North America (+4%) in the lead.

Africa (+5%) where growth was by led by the recovery of North Africa (+6%), received two million extra arrivals, while in the Middle East arrivals rebounded by 7% after two years of decline.

UNWTO Panel of Experts confidence up

World tourism performed better than expected in the period May to August 2013 according to the confidence survey conducted among UNWTO’s Panel of Experts this September. The survey revealed a sharp increase in confidence among destinations and businesses, in particular among experts from advanced economies in line with the better than expected performance in world tourism. For the last four months of the year the Panel continues to be rather optimistic.

Emerging economies continue to lead international tourism expenditure, with all BRIC countries except India, reporting double-digit growth. China posted an extraordinary 31% increase in spending, while the Russian Federation (+28%) and Brazil (+15%) likewise saw a sound increase during the period.

Tourism spending was slower in the advanced economy source markets of Canada (+4%), the United Kingdom (+2%), France (+2%), the United States (+1%) and Germany (0%), while Japan, Australia and Italy saw declines in expenditure.