Backpackers may finally be getting some respect – at least from an economic standpoint.

Young people are traveling more, staying away for longer periods of time and spending more money, a new report indicates. 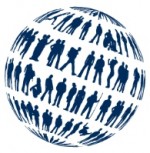 In 2012, $217 billion of the $1.088 trillion tourism “spend” worldwide came from young travelers, an increase that vastly outstripped that of other international travelers, according to a new study of youth and student travel released by Amsterdam-based World Youth Student and Educational Travel Confederation. Young travelers now represent 20 per cent of international tourism, making the group an important economic force.

The WYSE Travel Confederation called the report “the largest and most comprehensive survey ever undertaken for the youth travel sector.” The study, released in September, updated research initially conducted in 2002 and later in 2007, and looked at why, how and where young people travel and included survey responses from more than 34,000 young travelers from 137 countries.

“Our research shows that the nature of youth travel has changed enormously in the past decade,” said David Chapman, director general for the WYSE Travel Confederation. “Young travelers today want, more than ever, to enrich themselves with cultural experiences, to meet local people and to improve their employability when they return home.”

“With young people traveling further, staying away for longer, spending more, keeping in touch more and integrating with overseas communities on a scale not seen before, the industry is becoming far broader than ever before,” he added.

Highlights from the report:

“The change in motivation behind traveling is one of the starkest shifts in trends the youth travel sector has seen in the last five years,” Mr. Chapman of WYSE said. “It’s fascinating to see from the research how people now see travel as an integral part of their future with such uncertainty surrounding jobs and with so much uncertainty in the economic climate.”